EMBASSY OF THE REPUBLIC OF SENEGAL IN INDIA

2001 : Graduate of the National School of Administration and Magistracy
(ENAM), Diplomatic Section 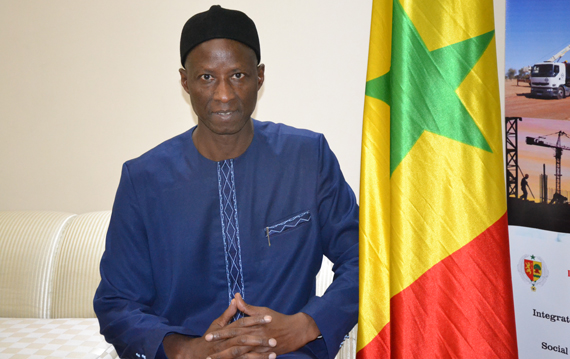 2001-2004 : Head of litigation Unit, Department of Legal and Consular Affairs,  in charge of files related to human rights

2002-2004 : Member of the Senegalese delegation  to all ordinary sessions of the Human Rights Commission at  Geneva.

2004-2010 : Counsellor at the Permanent Representation of Senegal to the United Nations Office at Geneva

2004-2008 : Member of the Human Rights cell at the Permanent Mission of Senegal at Geneva

At the same time, Counsellor in specific charge of matters regarding the Organisation for Migration (OIM) and the International Labour Office (ILO).

2009-2010 : Counsellor in charge of matters regarding the World Intellectual Property Organisation (WIPO)
En  2009, Coordinator of the African Group, at the expert level at WIPO

2010-2011 : Technical Advisor to the Senior Minister of Foreign Affairs

June  2011 : Promoted to the rank of Minister Counsellor

Since December 2011 : Minister Counsellor, Embassy of Senegal at Brussels, Belgium

2000-2001 : Head of the National School of Administration and Magistracy Alumni Association